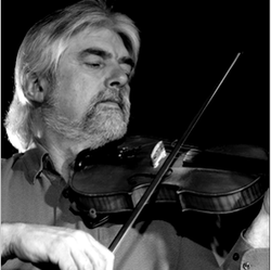 Gordon Stobbe is a beloved favourite at FiddlyNess and he is coming back! He is likely the most highly sought after instructor and performer on the fiddle circuit these days. Never one to let the dust settle, Gordon keeps busy with a host of projects across Canada. His "Fiddle History of Canada" production is being workshopped and presented in several provinces, he continues to compose and tour, and has released 5 Twin Fiddle CDs with some of the tunes he has composed with fellow musician and travel buddy JJ Guy. There is no room here to list all the accomplishments of this Canadian treasure, so check his website. But above all, Gordon is an inspiration to anyone who sees him perform, or teach, or call a square dance!
http://www.fiddlebooks.com 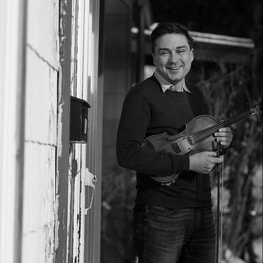 ​A staple at the FiddlyNess fiddle camp and returning for his seventh year, it was no accident that JJ Guy took home the "People's Choice Award" at the 2013 Canadian Grand Masters Fiddling Championship in Saskatoon in August 2013! And in 2021, JJ was inducted into the North American Fiddler's Hall of Fame - an honour shared with a select number of Canadian fiddlers!  JJ is a beloved performer and instructor who has touched the hearts of thousands of fiddlers at fiddle camps across Canada. From B.C. to the NWT to the east coast, JJ is kept hopping, teaching and performing along the way. He has several recordings under his belt so check out his website! During COVID, JJ has kept busy doing a very popular weekly Facebook Live jam and other online work. To join the weekly jam, search for "Jamming With JJ" on Facebook.
www.jjguy.ca 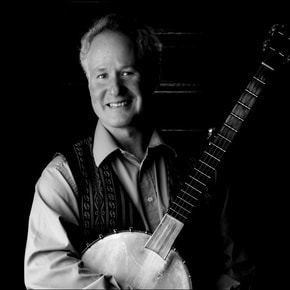 Daniel Koulack whose music includes broad range of genres, is a multi-instrumentalist specializing in clawhammer (or frailing) style banjo and string bass. Daniel is also proud to be a part of the Frontier Fiddle program (2000 – Present). This program has been a part of Manitoba’s Frontier School Division since 1996 and has resulted in a renewal of the fiddle culture in over 30 communities in Northern Manitoba. This program is unique to Manitoba and is highly respected by the Canadian fiddling community. Daniel’s own music can be heard on his two albums of original instrumental music Clawhammer Your Way To The Top, and Life On A String, both of which were nominated for Juno awards in the Best Roots/Traditional category. Daniel and Karrnnel's 2015 release Fiddle & Banjo; Tunes From The North, Songs From The South has garnered critical claim and been included on top roots music lists in both the United States.
http://danielkoulack.net 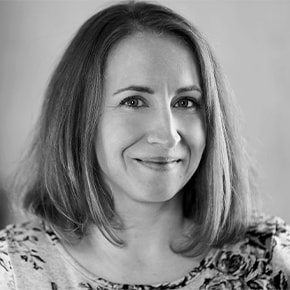 Born in New-Brunswick with roots in Cape Breton, Rachel Aucoin was raised in an Acadian community and now lives near Quebec city. Passionate about teaching music, she has also accumulated, over the years, lots of stage experience, primarily as a dance musician as well as a concert performer. On recording, you’ll hear her alongside fiddlers such as Donnell Leahy, Natalie MacMaster, Calvin Vollrath, Eric Favreau, Laura Risk and so many more. She is the founder and director of the extraordinary Quebec trad music and dance Camp Souches à Oreilles, in Kamouraska. Rachel and accordionist husband Sabin Jacques have been recently honored throughout the making of their duet recording, Grandes Rencontres: Prix du Patrimoine 2019 (Chaudière-Appalaches), Aldor trophy (Québec), Prix Gus Viseur (Paris) and the Canadian Folk Music Awards. Her latest project involves a collaboration with Quebec based indigenous musicians Andrée Lévesque-Sioui et Michel Teharihulen-Savard and fiddler Liette Remon in as new quartet named Mocassins Volants. 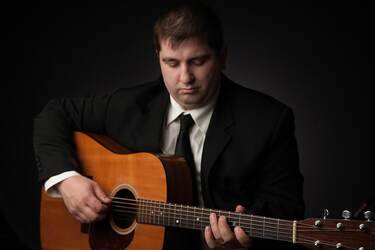 Lucas has not only made a name for himself across the province, but across Canada as a multi-instrumentalist. Whether singing, playing fiddle, guitar, mandolin, banjo, bass, or dobro his talents have inspired many and continue to inspire through the many students he has taught at various camps, workshops, and in private lessons. Much in demand as a studio musician and engineer Lucas has all the tools at his disposal to help you create your vision of what music means to you.
​www.lucaswelshmusic.com/
​
Troy MacGillivray - Lanark, Nova Scotia - Fiddle 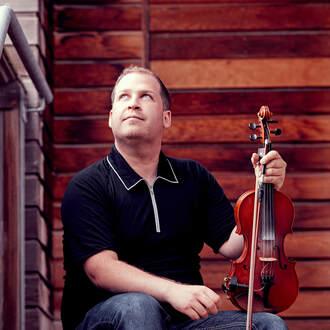 Troy MacGillivray is from Lanark, a small community on the north-eastern shore of Nova Scotia. Troy’s commitment to music has spanned 30 years and includes both practical and academic accomplishments–most recently an M.A. in Ethnomusicology from the University of Limerick in Ireland. From as young as six years old, Troy was impressing audiences with his step dancing and soon after, fiddle and piano skills. His first teaching gig was at 13 years old at the Gaelic College in St.Ann’s, Cape Breton. His roots-centered approach comes from a family of proud Scottish heritage where fiddle playing and Gaelic traditions runs in the bloodline. In 2012, Troy was awarded the Queen Elizabeth II Diamond Jubilee medal for contributions to culture in Canada. Troy’s strong career has brought him around the world playing and teaching from the North Pole to Afghanistan while solo recordings have received numerous nominations and awards from the East CoastMusic Awards and the Canadian Folk Music Awards.
www.troymacgillivray.com 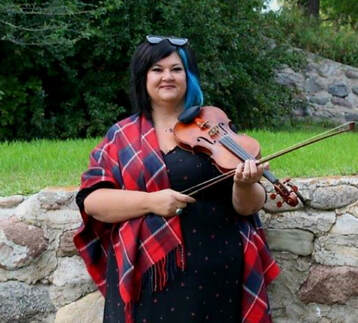 Donna Turk lives in Forget, SK where she runs a music studio with her husband. She has taught both fiddling and classical violin for over 25 years. She was the Artistic Director of the Bow Valley Fiddlers, the educational program of the Calgary Fiddlers Association from 1997-2014. She recorded her first CD – About Tyme in 2012 and published a music book to go with it. During the pandemic she joined the Regina area
band “The Tilted Kilts” and is having so much fun playing with them.
Donna’s love of teaching and working with both children and adults are
recognized nationally and she looks forward to travelling again at different workshops across Western Canada.