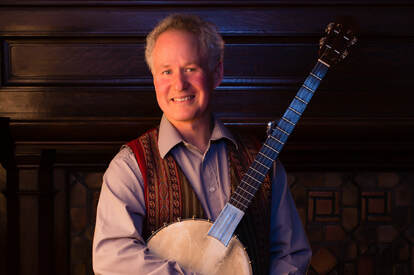 Daniel Koulack, whose music includes a broad range of genres, is a respected multi-instrumentalist and teacher on the Canadian music scene. Daniel was born in New York in 1965 and has lived in Winnipeg since 1968. At eleven years of age he bought a banjo with money saved up from his paper route. A year later he made his professional debut at the Winnipeg Folk Festival. Daniel’s own music can be heard on his three albums of original instrumental music; “Clawhammer Your Way To The Top”, “Life On A String”, and “Frailing To Succeed”. Two of these recordings were nominated for Junos in the Best Roots/Traditional category. Daniel is also in high demand as an instructor at music camps across the country, and is a beloved mentor to many students and musicians. Ameena has been playing fiddle from the age of five, when her dad taught her to play her very first fiddle tune; Boil them Cabbages. Since then, she has explored various musical forms, studying classical violin, piano, clawhammer banjo, voice, and traditional fiddle music. She played and recorded traditional Jewish music with the Klezmer Kids for seven years, toured with the Knappen Street All-Star Band, and regularly plays music with Winnipeg bluegrass band Hay Fever and with her dad, multi-instrumentalist Daniel Koulack.
A passionate and charismatic teacher, she is in high demand as a workshop instructor, and regularly teaches both privately and at camps in Manitoba, Saskatchewan, and Ontario. She also runs Falcon Lake Fiddle Camp, a non-profit music camp in Manitoba that aims to promote traditional music, inter-generational learning, environmental sustainability, and community building through music.